The land was sun-drenched, and the scent of flowers was spreading along the roads. It was ruled by a just king who took great care of his subjects and always had their welfare at heart. The king felt particular affinity for a poor poet, frequently inviting him over for discussions and never ceasing to absolutely believe in his talent.

One day, the king instructed the poet to go beyond the palace gates where he was supposed to meet the people who dwelled in the land and learn about their desires and expectations. The king intended to provide his people with anything they needed.

The poet got on the road. While wandering, he kept asking the people he ran into about their beliefs, their lives, and their dreams. He met a young girl who was forced by her mother to work every time she let her thoughts rove around the forest in the search of fairies – she told him she would prefer to live in another world. Two brothers said that life is a struggle since they always fought each other for the land bequeathed by their father. The convict he met in the prison dreamt about life, while the prison guard anxiously awaited the eternal rest. However, most people pointed out the short supply of money.

Once the king received the poet’s report, he gave the order to distribute purses stuffed with money, in the belief that it would enable the people to fulfil their dreams. Yet, it turned out they asked for more money the following year and did alike the year after that. The king’s treasury began to diminish. Then, the poet was once again summoned by the king.

“There is not much gold left in the treasury. Is there anything you dream about?” he asked.

“I have always wished to open hearts,” answered the poet.

“So, I ask you to set out on a journey and describe your experiences in a poem. I will be awaiting your return.”

The poet followed the king’s order. He traversed many lands, experienced impulsiveness of the storm, solitude of the desert, and the ephemerality of the summer evening. He witnessed sunrises and sunsets. He discovered the power of love and the pain of loss, he attracted smiles and contemptuous looks. He met people with whom he had fun under the star-spangled night sky, and he witnessed miracles – the ill getting out of beds – he cried and laughed his head off. He prayed to his patron saint who led him so the poet could touch the boundlessness in a single finite moment, in a single flash of light.

He returned to the palace after a full year, wearing tattered clothes and with light in his eyes. The king was awaiting him. The poet didn’t recite his poem but, trembling all over, he approached the king and whispered only one word into his ear. He moved away and observed the king’s face turning pale and then getting illuminated with an internal flame. His eyes also became bright: he had been blind and he suddenly saw the light.

“Thank you,” said the king and jumped out of his throne to run to his wife and children.

In the light of the moon, the poet started to write poems that contained that word – the single word with the power to give life. The king dusted himself in ashes and, having disguised himself as a beggar, he set out on a journey, traveling the world wearing the coat with the picture of a cicada painted on its back. He visits us from time to time, asking for bread and water, says the word he had heard from the poet, and then leaves, wishing us good luck on the road.

One of the stories told in „A Twist of Fate” 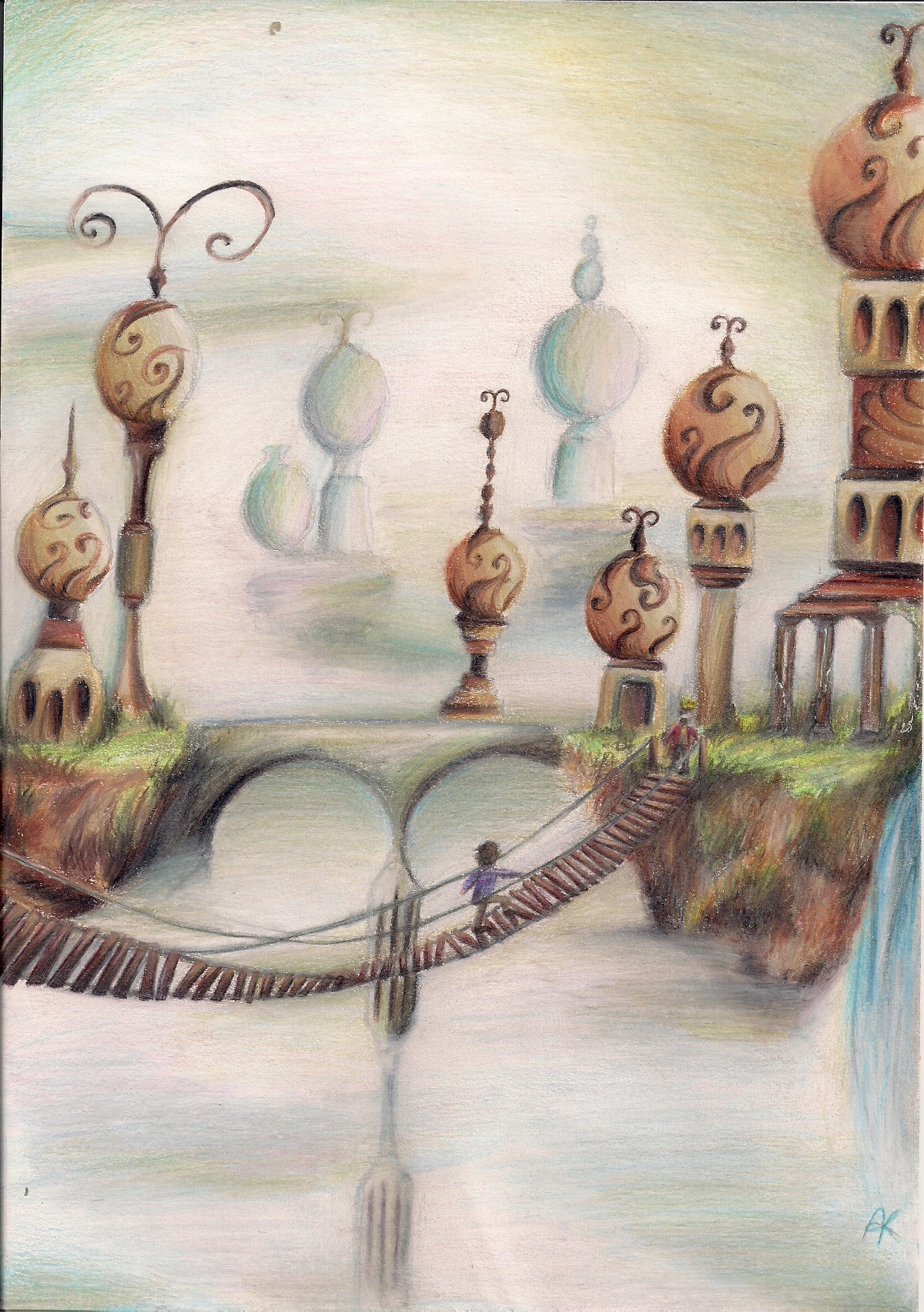