France avec Passion „A story of some smile” – Chateau Pradeaux

„Arlette was sitting behind the table, scrutinizing people who would cross the door sill”, recounts with a smile Etienne Portalis from Chateau Pradeux. “She was recognizing from a smile. She was observing them and if she didn’t like them, she just didn’t sell wine to them. It was like she would be giving her child for someone to care.”
If you’re passing by, you’ll see a green vineyard and a house behind it – in the colors of faded ochre, with blue shutters and vine climbing up the wall. A big palm tree is guarding the gate like a watchful warden. An alley of olive trees leads to it. I remember, when I was passing by here the previous year – I saw an old, black cabriolet, leaving the vineyard. It’s chauffeur was pressing the horn, and inside there were sitting newlyweds, laughing with children who were throwing flowers around. It was a beauteous scene, like one of these happening in the films – waving to the newlyweds, I thought that I will never come back here again.
Today Etienne Portalis is strolling with me around the vineyard, telling it’s history. „Chateau Pradeux belongs to our family since 1752. Among our ancestors is Jean-Etienne-Marie-Portalis, minister of Napoleon, who have written the Civil Code, actual also nowadays. He lived in a village that was away from here for about 15 miles, and would come here to have rest. Sometimes this place was also a shelter for him”. We’re going further. We’re passing by the old agricultural equipment and enter the area where olive trees grow – among them one, which is one thousand years old. “During II World War the vineyard was a place where you could find a shelter”, continues Etienne Portalis, “After war we planted new vines, enlarging our territory. These were Mourvedre, Grenache and Cinsault, from which we produce now red and rose wine of the appellation of Bandol.”
There’s a little dog with a big fame named Dahu, which appears on every photo in press articles and interviews with it’s owner. Dahu is accompanying us now. He welcomed me when I entered the vinyard and now he’s opening the doors himself in order to participare in the degustation of wine.
Red wine ripens in the oak barrels for 4 years and it’s taste perfectly reflects the history of the family, tradition of Chateau Pradeaux and passion, with with the wine is created. And rose one: genuine, lilting. Arlette Portalis, mother of Etienne, was right, being careful to whom she sells the bottle full of her passion.
We’re saying goodbye with a smile, saying „See you again”.
On Sunday in the church in St.Cyr sur Mer I participate in a Mass. I see Etienne, who is playing a cello. His brother holds guitar in his hand, and mother, singing „Gloria” with high-pitched voice, lifts us to Heaven. 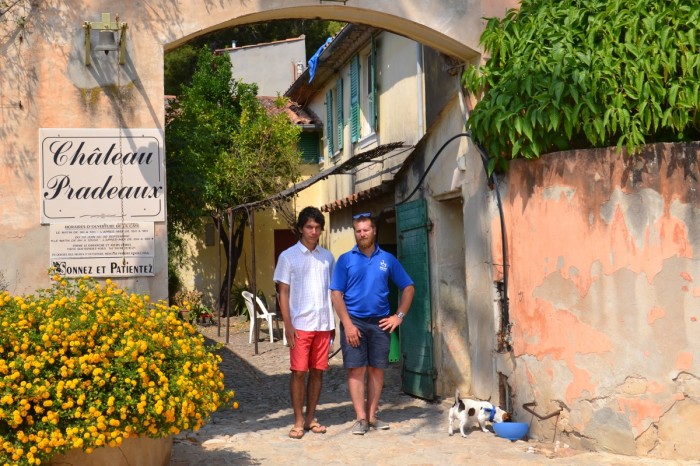 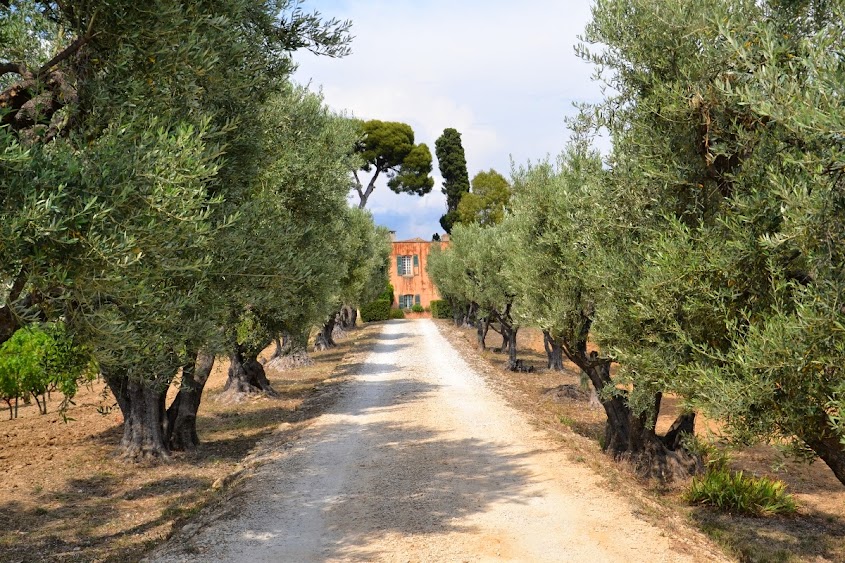 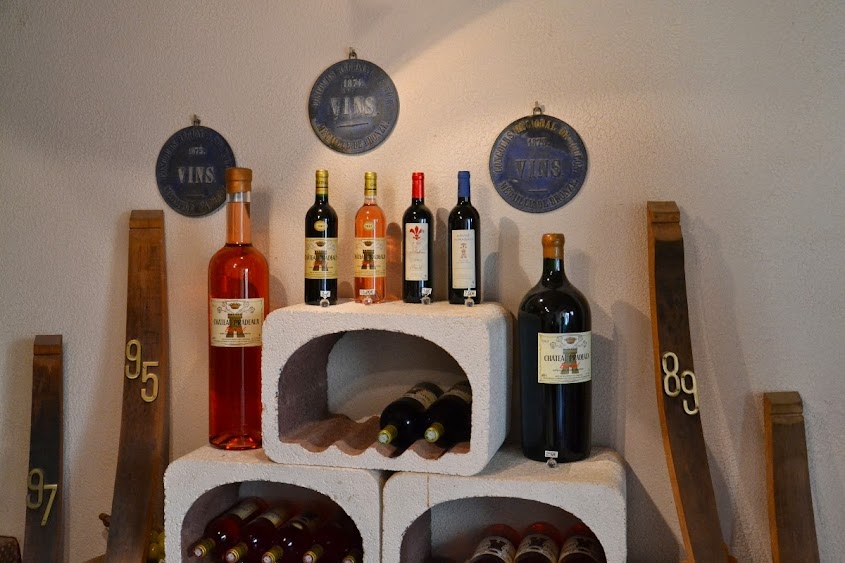